The Developers & Open Source track covers the technical side of OpenSimulator. As such, this encompasses servers, viewers, external components, grid architecture, development, administration – anything that is necessary for the installation, operation and use of an OpenSimulator system. 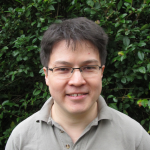 ALL TIMES LISTED IN PACIFIC STANDARD TIME (PST/SLT) (-8 GMT)
TO CONVERT TO YOUR LOCAL TIME, USE THE TIME ZONE CONVERTER.